Last Friday we had a post cath cardiology visit at Hope. The worst part for Jasiu was getting weighed and measured, strange I know.. He did fine with SATS, temperature and blood pressure, but the second we placed him on the scale, he lost his marbles. So our little man is at 9.19 kilos (20 pounds 3 ounces) 72.2cm. Because the cath results were much better than the doctor expected we did not do an echo so the visit was really fast. We had a quick review of his new skills, like cruising around furniture, crawling, crawling up the stairs, fine motor skills improving (like picking up little Gerber puffs with thumb and forefinger) etc. The only thing the speech therapists and I still think we are struggling with is eating, it's not that he doesn't eat, it's just really difficult to feed him because he needs distractions and has no real interest in eating unless he is being "tricked" into it or in case of midnight feedings, dream feeding the bottle. At this point it's pretty much completely behavioral and habitual. He just doesn't like it, weather it's a result of previous trauma to the throat via NG or ventilator or something else, he just isn't interested. We are lucky enough that cartoons and toys can distract him enough to get him to open his mouth for solids and the bottle. He still can pretty much make himself throw up on demand whenever he feels like it or doesn't want to eat, however it is much less lately down to about every other day or so.


Finally we see the cardiologist and again Jasiu goes hysterical again. I think the last cath visit to the hospital and the monthly synagis shots have done a toll on this kid and anyone trying to come near him with a stethoscope he puts his guard up. But his lungs and heart sound good at the time and we did not learn anything new. He asked me if I had any concerns and I didn't besides the whole eating thing and the doctor simply said "He doesn't look malnutritioned to me". That's it. It's kind of frustrating because he doesn't realize how much work it really is go get him to eat and look like he does but obviously they can't do anything about it. There is no magic pill they can give him to make him WANT to eat.. so we just need to keep doing what we are doing and hope for a brighter future as our little warrior grows to be a BIG warrior.


On to fun stuff.. we have learned this week that Jasiu loves Emily's karaoke radio. He loves music and loves to scream, I mean sing to the microphone, clap and bounce to the music. IT. IS. HILARIOUS. at least to me. See our link for yourself. Note, it is a polish folk song he's singing, this is the norm in our house :) 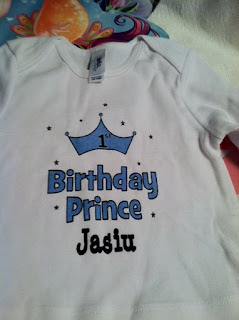 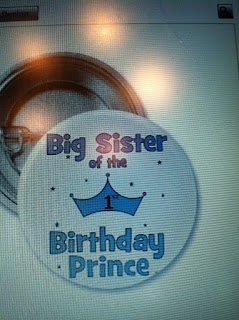 I don't think there is ever a good time to have to switch a baby from breast milk to formula but that time for Jasiu couldn't possibly be worse. Jasiu has just gained back the HALF pound he lost after the hunger strike after his heart cath to be  back around a solid 20 lbs and he's TEETHING (I see the top two just about to poke through, already see white they just haven't cut through yet)!!! So now he's cranky and again striking the bottle a little bit and we have to switch his milk on him, not by choice, but because he has run out!!!

I am still amazed that it lasted this long... I stopped pumping when Jasiu was 5 months old and now he is almost 11 months. I like to think Jasiu is cost conscious and was making sure that he can stretch his supply as long as he possibly could so we wouldn't have to dish out for formula (except for the fortifying during which a tub of formula lasted us over a month), though I would have paid any amount of money if he just ate the milk hassle free instead of the way we have been doing it.

Anyways, so today he ate only 10 ounces of the new tasting milk that he's NOT used to. The only positive is that he is doing fairly well with his solids, in addition to the measly 10 oz we were able to get in him (with every trick we have in Jasiu's book) he ate 3 pretty good solid meals (soup with potatoes, cereal with mango, and cereal formula based with pears). This is pretty good based on our standards because it took moderate amount of distractions and  the soup was not pureed with the potatoes being just smashed with a fork and a little lumpy and he did great with the new texture. I also introduced mango into his diet and he LOVED it. It's a pretty strong taste and surprised me completely by liking it, I was able to even sneak an ounce of avocado into it and he didn't even notice. We also gave him the Gerber puffs today and devoured those as well, I just wished those had more calories instead of just puffs of air... haha.  I am wondering if he'll skip the formula stage and go straight to solids and juices. I will have to run it by our pediatrician and also see if maybe he can go on cows milk since he is so close to being one, I think it may be a taste issue with our little guy as with everything, only time will tell.

He also didn't puke for two days (shhh, I'm not saying it too loudly since I don't want to jinx ourselves). He came close to throwing up a few times but after our we distracted him with song and dance of our "no puking song and dance" number Joe and I have perfected we were able to ward off the puke monster :)

Other than that Jasiu is still the happiest kid I know and now even happier that he can easily stand up by holding on to anything remotely stable and is now cruising around furniture and practically running on all fours. Sometimes his legs move faster than his little hands and he face plants into the floor, shakes it off and keeps going, it's quite funny to watch. He is also climbing stairs much too soon for my liking, but great for his developmental milestones. He also has a very impatient personality and when he can't get his way gets pretty mad and shows it. When we ask him how mad is Jasiu, he clenches both his fists and grunts grrrr, pretty funny.  We may also have a future in baseball.. this kid has one mean pitch. He can throw all his toys and an amazing distance for a 10 month old, there can't be anything on his high chair tray because he will just launch it way over.

That's all for now, I hope everyone had a good New Year's Eve, though ours was on a hunger strike it was really good. Here are a few pics.