Clever as they come

Our big boy had his preschool screening today and boy did we have a good laugh. These are too good to forget so I'm journaling it here.

Jasiu did great ! He was a tad shy at first but overcame that pretty quickly and by the end he was quite sad that he couldn't stay longer and actually attend now and that he had to go home.

They did the physical development first - stand on one foot, then the other, hop , hop on one foot and then the other. When he sat down he announced to the tester and his translator he was really tired and laughed. I could tell he wasn't tired, but he was amused that they believed him.

He knew all his body parts and all the items in the pictures except for tweezers. Tweezers.... he doesn't ever see me use them and our kids don't have access to them so I'm not surprised he doesn't know.

He knew all his colors and numbers and had trouble with the letters and sounds, which is ok by me, he only attended school since January of this year so he has plenty of time to learn it.

He had no problem tracing and copying different shapes.

When all the academic stuff was out of the way the situational questions came and boy did the testers laugh at this clever little boy of ours....

Example one:    There is a picture of a kitchen and a fork on the floor.
Tester:  What is this?
Jasiu: Fork
Tester: Where does it belong?
Jasiu : On the counter or in the sink
Tester: Why?
Jasiu: Because this cat that is sitting here can possibly eat it and then he could choke !

I nearly fell of my chair laughing, and believe it or not that is one of the acceptable answers for that scene.

Example two: Tester shows him  picture of an apple
Tester: What is this and what do you do with it?
Jasiu : It's an apple, mom cuts it up and we eat it


Example three:
Tester: What do you do when you walk into a dark room?
Jasiu:  Put on our pajamas and go to sleep!

Example four:
Tester: Shows him a picture of a coat and asks What is this and what do you do with it?
Jasiu:  You wash it, fold it in a shelf and then you can put it on.


So all in all the screening went well, I hope he gets in this free preschool program (it is a program based on need to "catch up" in various areas). If he does great, if not Jasiu will attend the park district preschool like his sister and that will be fine too.

Finally at the end of the testing I revealed to the tester and the translator about HLHS and they didn't believe until Jasiu whipped out his zipper and showed them his "extra belly buttons". 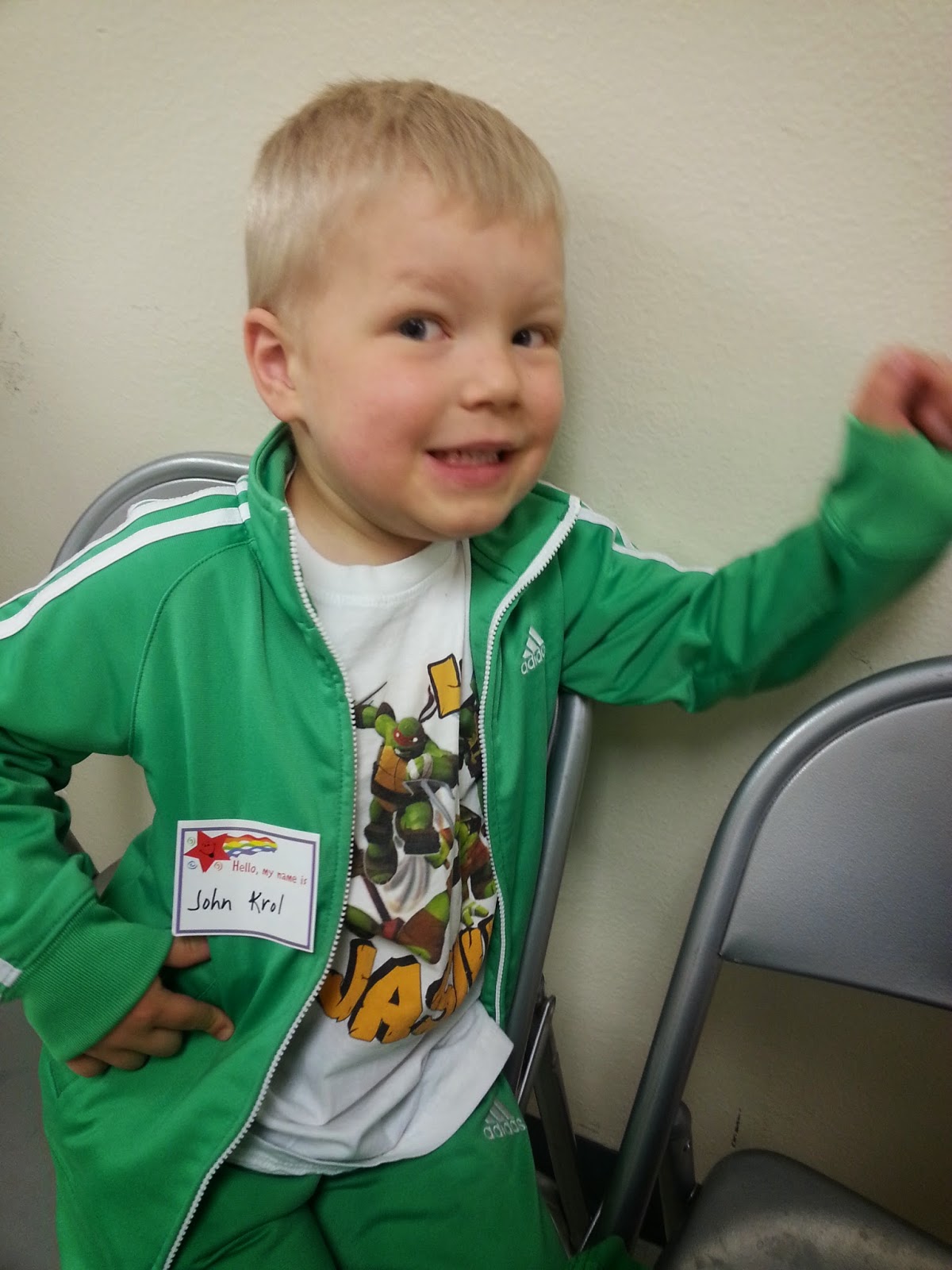