Today we are one year post Glenn. What a long and short year it has been. If you would have told me that one year from then my child will be running like a little tornado and getting into EVERYTHING, mostly trouble I would not have believed... But here we are and we are doing wonderfully !!! We really couldn't ask for more. 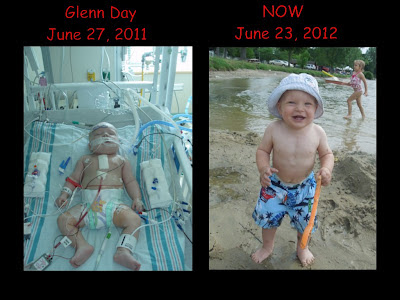 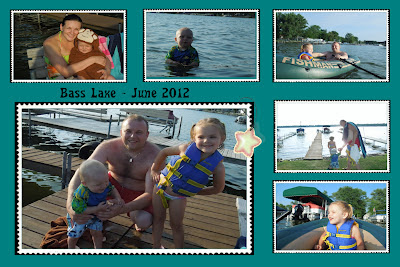 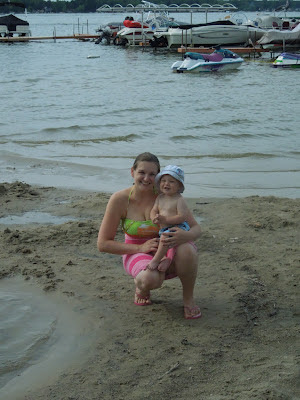 ﻿ ﻿
﻿ ﻿
﻿ ﻿
So the weekend starting with 4th of July we are trying to do this again, but this time a little farther and taking the kids to Holland, Michigan for a few days.. it should be interesting.
But for now June 27th will  always be remembered as the day Jasiu won his second major battle with HLHS !!!
Happy Gelenniversary to us !
Posted by Kathy K at 7:43 AM 1 comment: 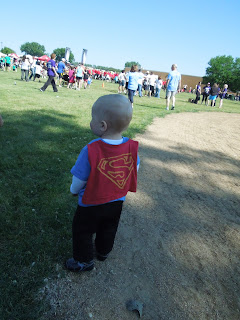 Today was our Running/Fun Walk for Hope . It was a 5K (5kilometers which is 3 miles) and we finished it in about an hour and 15 min.  We really took it easy and most of Team Jasiu just strolled, literally very casually. We had a total of 5 strollers !!! Team members aged almost 3 months to 30's. We are so happy that it was such a success considering it was the first time I tried to organize something like this. There were a few serious runners/walkers who finished in 35 something minutes, my sister Agnes, Kathy G and her husband finished in about 45 minutes. The rest of us strolled. Our superhero was quite a trooper considering he gets impatient and bored easily. All the commotion and people around him kept him occupied for about a mile... than I walked with him in my arms for a bit, than Joe, than Cheerios, than the water bottle, than the cups that they were passing out with water (which Jasiu scraped the wax off and tried to eat it with his teeth).. etc. It was quite fun. I can't wait to do it again. Next year I will be more organized and get matching T-shirts for everyone. (and I think I will try to run)


But most importantly, we raised $1,442, for such a good cause. All proceeds benefit the Advocate Hope Hospital and the Ronald McDonald House right here. We benefited from each of these and couldn't  be happier to be able to give back to this great place that gives us so much hope for a better future not only for Jasiu  but for all patients and their parents.

THANK YOU TO ALL WHO DONATED, I CAN'T STRESS ENOUGH HOW MUCH THIS MEANS TO US, THE MONITARY CONTRIBUTIONS TO TEAM JASIU AND THE PEOPLE WHO JOINED US.

It really shows how much lives Jasiu has touched and that we are turning something negative into something positive. He is such an inspiration and a real Super Man that we all can learn from him and draw inspiration from him.

After the 5K, Emily and her cousins participated in the Kids run (well they did the toddler run which lasted all  but 30 seconds) They got medals and Emily is so proud of her medal she's wearing it to bed tonight. Too cute. She knows that the hospital is where Jasiu gets his heart checked and fixed and she is beginning to understand so much more.  We had breakfast at grandmas and then we came home and all passed out for about 2 hours (Jasiu was out for over 3 hours). 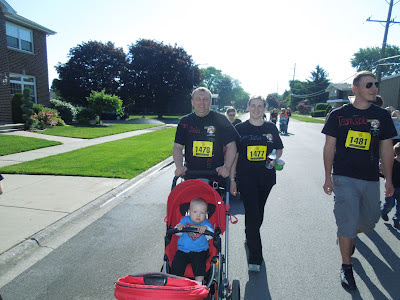